Since we have been slackers with the show notes the last few episodes we are working on them during our post recording knitting time!

Kelly received her Moonrover fiber club November 2015 and as we say EVERY month, it is gorgeous.  Kelly purchased the Hauteknit yarn in the “Eye of the Tiger” colorway for both herself and Sandy.  Sandy received her order from ForbesFiberFarms of BFL fiber in the “Fire-Fluffy” colorway.

Kelly is almost halfway through the Moonrover October 2015 club colorway on her Turlemade spindle.  She is also working on her never ending chevron cowl made from the Quaere fibre in the patchwork colorway.  Sandy has just started a pair of socks in an unknown colorway.  But we do know it is sock yarn!

Kelly finished the Hobbledehoy fiber in the Smooth Sailing Colorway on her Turtlemade turkish spindle.  She also finished the belated birthday gift, One Row Handspun Scarf out of Patons Colorwul in the meadow colorway.

Sandy finished a pair of baby socks in the lion brand sock ease in the rock candy colorway.

Kelly finished the Lunar Chronicles by Marissa Meyer.  Both of us have really been slacking on all TV viewing.  Sandy has been sucked into the world of Fallout 4.  And as Kelly said there are lots of Fallout Widows.  After the episode Sandy determined the friend version of the Fallout Widow is the Fallout Fridow.  Sandy is about halfway through the Infinity Lost (The Infinity Trilogy Book 1) by S. Harrison.

FYI – This is the photo that the screen switched to about 18 minutes into recording.  After much thought, Sandy determined that this is a photo of the table from the hotel she was staying at this week.  She has no idea who took this photo or when it was taken. 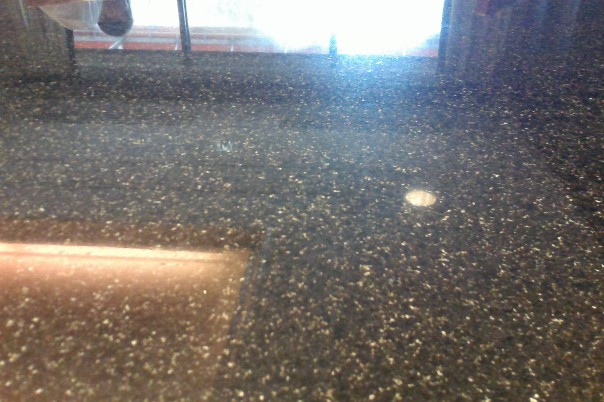 Posted on November 22, 2015, in Podcast and tagged 2kraftystitches. Bookmark the permalink. Leave a comment.